I guess this can get filed under “other things”.

During the pandemic I picked up a hobby, something I think many people did. Driven by boredom, a need to be outside, and perhaps a natural increase in awareness that comes from spending too much time in one place, I decided to get a pair of binoculars. Specifically I got a pair of Athlon Midas’, 8x42. And, specifically, I got them to look at birds.

The first thing is that they are everywhere. I suppose that’s a bit obvious, but once you start looking for and paying attention to birds and their calls, it becomes much more apparent. I can’t go anywhere anymore without hearing the birds around me. I suppose it could be interpreted as a general increase in awareness of my surroundings, but really it’s mostly reserved for birds. Regardless, once you start hearing them, you see them everywhere.

The next is simply how many species there are. In a mile radius around my apartment, I’ve encountered no less than two dozen species of birds. From hummingbirds, to finches, to pigeons, to shorebirds, to gulls. I didn’t expect to see so many; my initial expectations were that I would see crows, pigeons, and a few sparrows. And there are a lot of those! But there are many more that I don’t think people notice or appreciate. Even so, the common rock pigeon can be quite beautiful if you take the time to look. The variety has been astounding and continues to amaze me.

A Stellar’s Jay in the underbrush

Finally, and I’ve alluded to this a few times already, but the sense of awareness is quite amazing. The last couple of years have been very difficult for many; I can’t really complain about my situation in comparison to the many people who were economically and physically devastated, though I can relate personally with the sense of isolation and disconnectedness I felt. Through this hobby I feel like I’ve cultivated a general sense of increased awareness, one that has led me to pay more attention not only to birds, but to everything around me. I feel more connected to my immediate surroundings, and more invested in it. I think that’s a good thing. 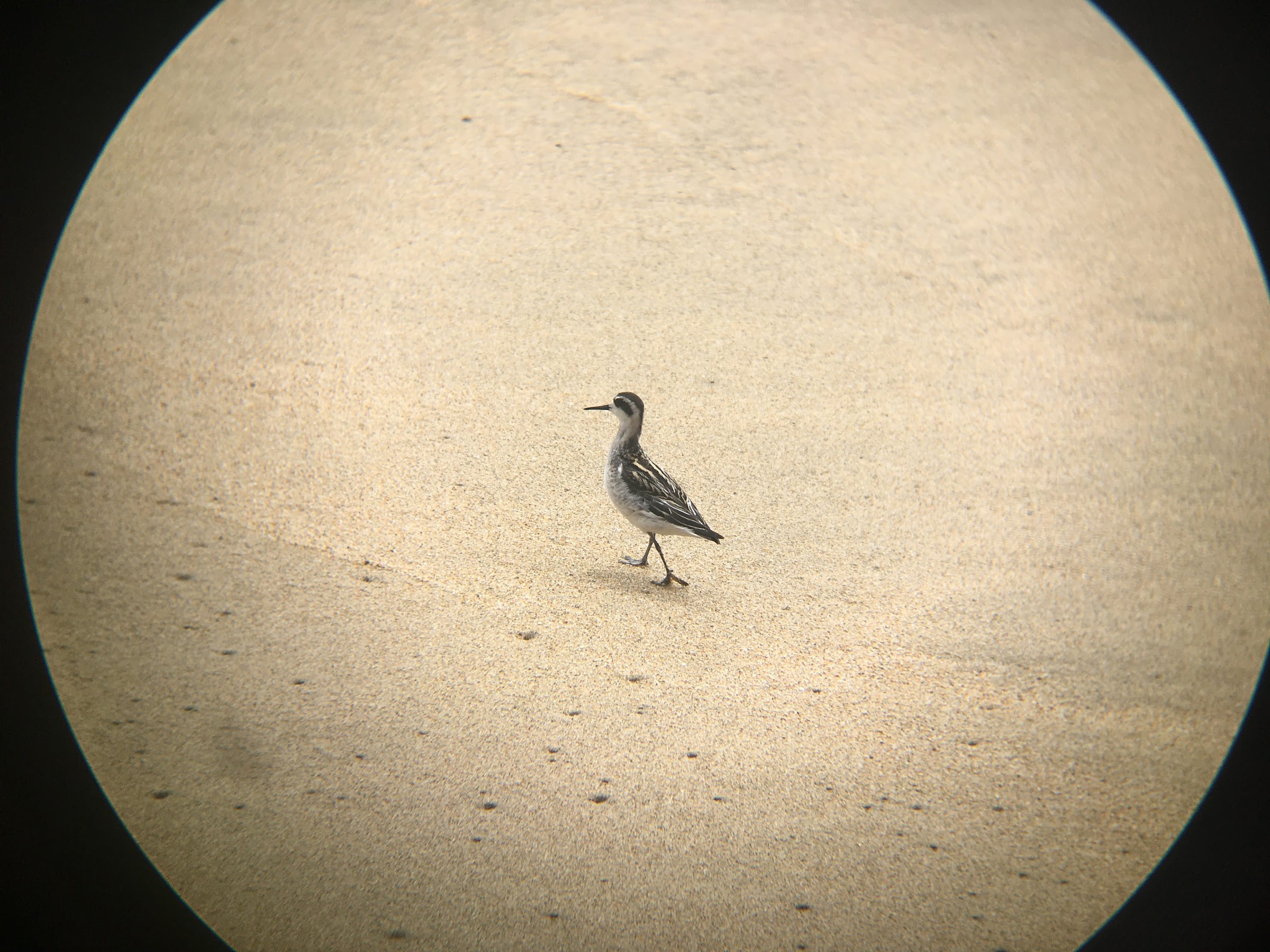 A red-necked phalarope juvenile scurries along the beach